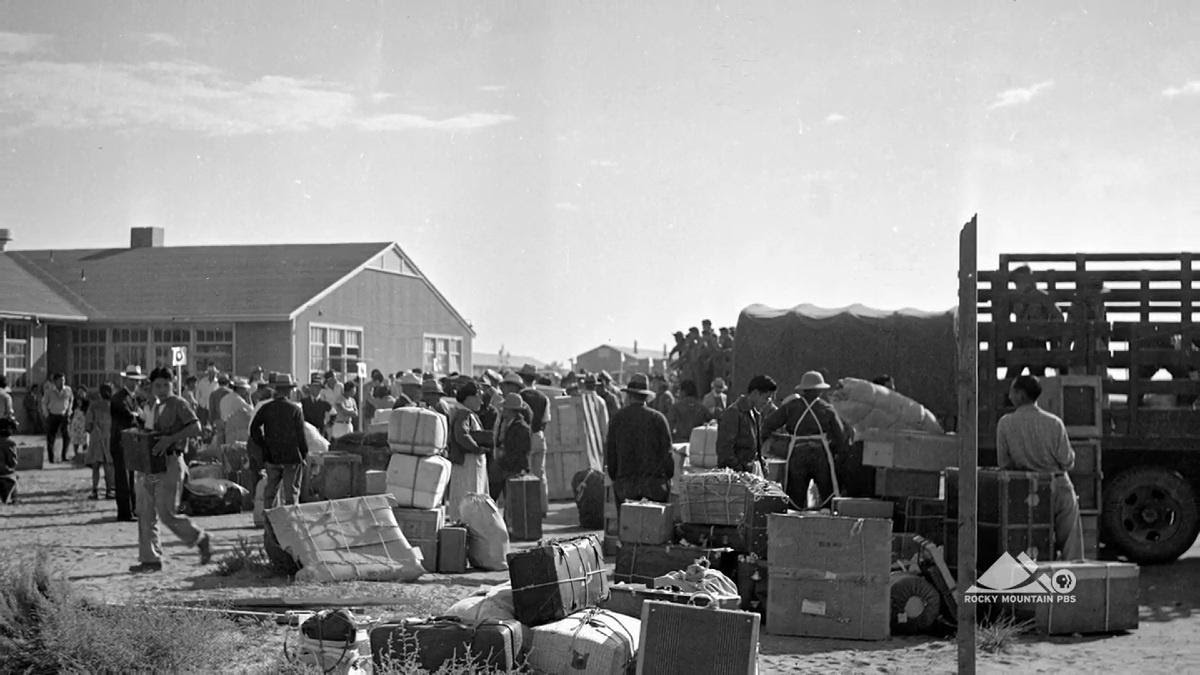 WASHINGTON, D.C. — The U.S. Senate passed a bill on Feb. 14, 2022 that will add the Amache Japanese internment camp site to the National Park System.

After the Japanese attacks on Pearl Harbor in 1941, roughly 110,000 Japanese Americans were relocated to internment camps across the United States. The Granada Relocation Center, more commonly known as Amache, held 7,567 internees — making it the tenth largest city in Colorado. According to Amache.org: “The entire site was over 10,000 acres, but only 640 acres, or one square mile, was devoted to the central camp area.”

U.S. Senator Michael Bennet (D-Colo.) said the bill will “help ensure we never forget our nation’s shameful incarceration of Japanese Americans.” Colorado Republican Rep. Ken Buck and Democratic Rep. Joe Neguse co-sponsored a similar bill that passed in the House last year 416-2. The Senate’s bill, however, moved slower — Republican Sen. Mike Lee of Utah was the sole senator opposed to passing the bill by unanimous consent last week. Bennet and Lee eventually negotiated a deal so that the Amache land would be transferred as a donation and then the bill passed by unanimous consent. 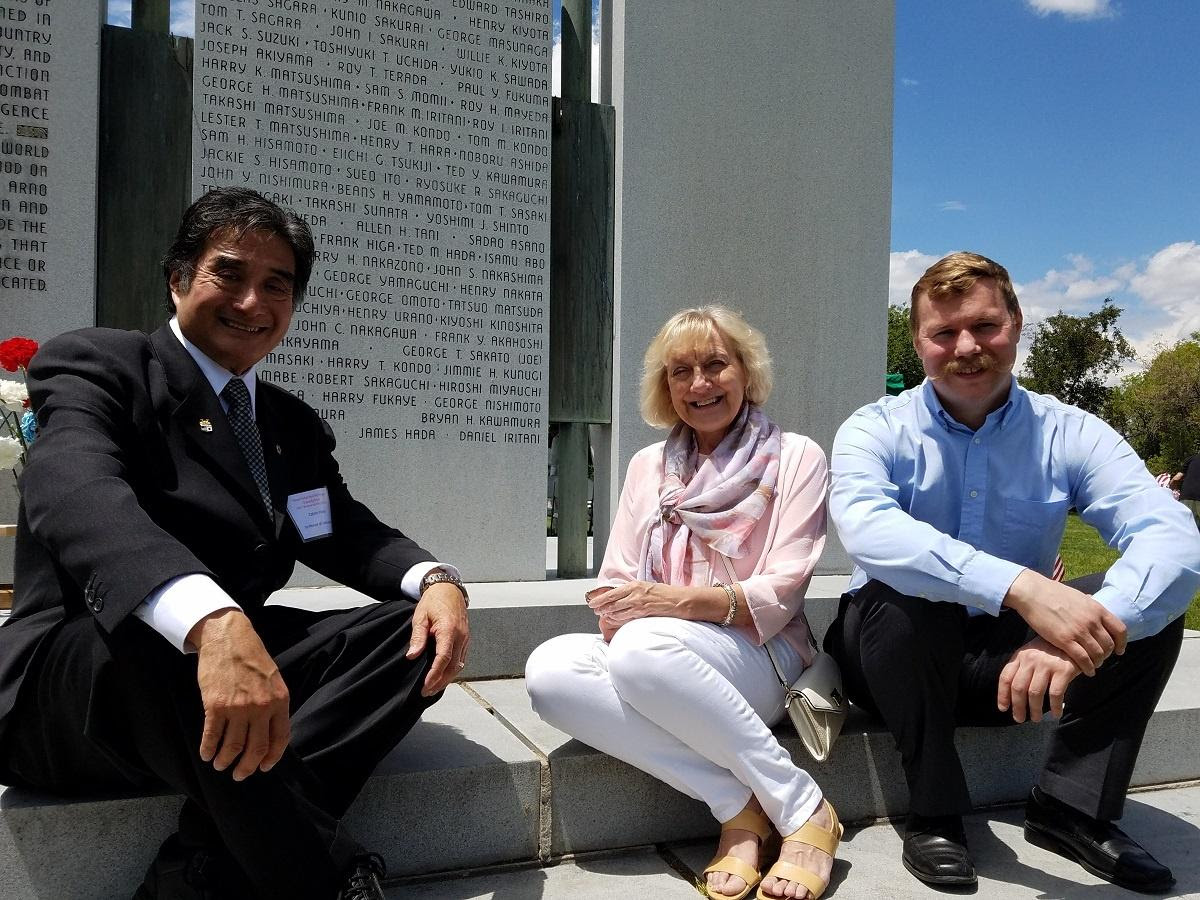 Calvin Hada with his wife and son at Nisei Veterans Memorial which honored those part of the 442nd Regimental Combat Team, a segregated Japanese American unit during WWII. Calvin’s father, James Hada, is listed on the wall behind them.

LOUISVILLE, Colo. — In a neighborhood where families consider themselves incredibly lucky if their family homes and memories were saved, Calvin Taro Hada is grateful another part of his family’s story and the history of thousands of others will soon be permanently preserved.

Hada lives in Louisville in the same home he and his family have lived in for more than two decades. He, like many families around him, recently had to evacuate his home when the quick-spreading Marshall Fire ripped through Boulder County on Dec. 30, 2021. Luckily, Hada’s home was spared, despite the fire reaching within a few blocks of his neighborhood.

Now, his story is not just about what was saved in his home, but what will soon be permanently saved in the small southwestern town of Granada, Colorado.

“You know, it came so fast. I still haven’t caught my breath,” said Hada about the Amache National Historical Site Act, a bill which he has been a strong advocate for. It recently passed the Senate and House of Representatives in Congress and is waiting for President Joe Biden’s signature. The act adds what is formally known as the Granada Relocation Center, a Japanese incarceration camp commonly referred to as Camp Amache, to the National Park System. “Primarily, it creates permanence,” explained Hada. “So for me, it’s almost a vindication for my love of country. I think that every time something like that happens, it tells me that my love of country is justified.” 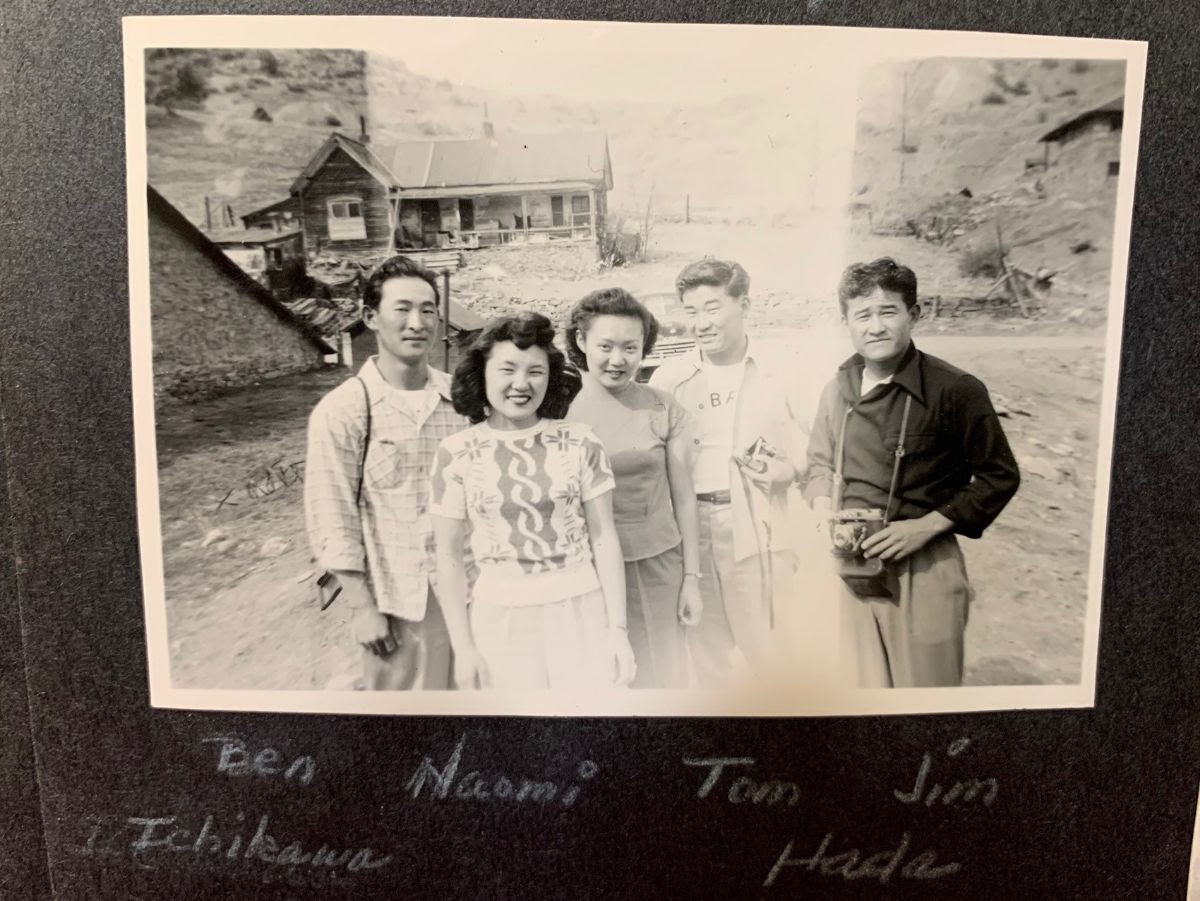 Hada’s father, James, decided to join the army after the United States entered World War II and went to say goodbye to his mother at Camp Amache before he was deployed to Germany, unsure if he would return.

“The guard at the gate wouldn’t let him in, even though he was wearing his Army green uniform,” Hada explained. “So he had to make his goodbyes to his mother through the barbed-wire fence.”

James Hada went off to war to fight for his country, the same one that imprisoned his mother. When the war was over, James returned to Colorado, but his mother was so hurt by the incarceration that she moved back to Japan.

“It’s very hard on my dad and his siblings. I know that they met her a few times before she left. And when she returned to Japan, we had no idea what happened to her. That was a terrible place to be after World War II … So I often wonder about her,” said Hada.

However, Hada didn’t learn about his grandmother’s incarceration in Granada, or even about Camp Amache itself, until he was a teenager. Growing up in the 50s and 60s, Hada’s parents wanted to raise him and his brother like “any American kid,” he explained. “I had very little understanding of my racial heritage or culture or anything like that. My parents just wanted to have ‘Leave It To Beaver’ basically. And I didn’t know any different until I was about 14,” said Hada.

That is when his dad gave him a book about the incarceration of Japanese-Americans in World War II. After reading about it, his immediate reaction was anger. “I couldn’t believe that it was done to my family by my country,” said Hada. “So that began me on a decades-long journey of trying to discover my Japanese roots.” 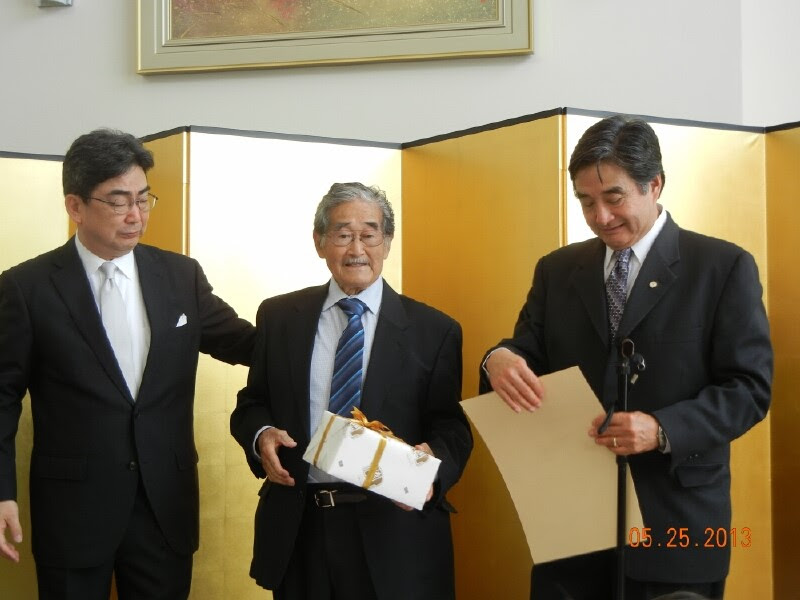 James “Jim” Hada, passed away in March 2016 at 91 years old. He spent a significant amount of his life advocating for the Japanese-American community, serving as president of Nikkeijin Kai of Colorado before his son. And all of James’ work to help build cultural bridges between Japan and the United States earned him the Kunsho-Order of the Rising Sun with Gold and Silver Rays award. It is the highest honor a non-citizen of Japan can receive from Japan, an award that Hada learned he will be receiving too, continuing a great family legacy. 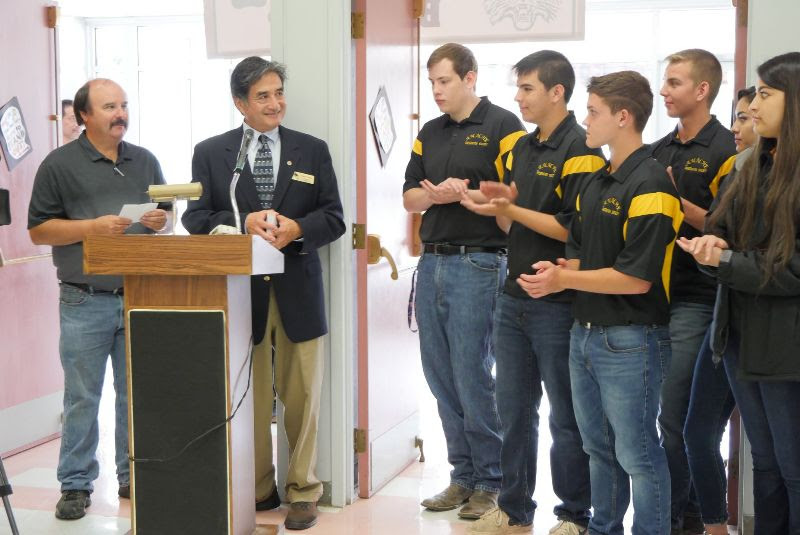 “We don’t have a big percentage of Colorado that are Japanese-American, but we’re pretty tightly knit,” Hada said. “I do quite a few other things in the Japanese-American community [which] have been done primarily so I can fill in the void of my understanding of my heritage.”

Advocating for the Amache National Historic Site Act is part of that work for him. Hada said he hears from people of all ages who don’t know about Camp Amache and the incarceration of the Japanese-American people and believes it’s important to preserve and educate people so we, as a country, don’t repeat our mistakes.

While this incarceration happened 80 years ago, Hada said the idea of imprisoning a certain group of people has also been a more recent fear. He recalled that after the September 11, 2001 attacks, he met with leaders of the Arab and Muslim who were terrified. “They were clearly afraid it was going to happen to them and their families,” said Hada. “And I like to believe that the lessons that we learned about the incarceration of the Japanese Americans help prevent a similar activity against them.”

February 2022 marked a significant moment for history of the incarceration of Japanese-Americans and Camp Amache itself. February 19th marked 80 years since Franklin D. Roosevelt signed Executive Order 9066, and this year, President Biden declared the 19th as the official Day of Remembrance. Along with the passage of the act to make Camp Amache part of the National Park System, many federal leaders visited Granada to see the site for themselves which included Secretary of the Interior, Deb Haaland, the first Native American to serve as a Cabinet secretary.

“She knows full well the stories of what has happened to her people and continue to happen to her people. In fact, she made the point that the Sand Creek National Historic Landmark, the site of the massacre, is only about 40 miles and 80 years apart from the Amache incarceration site,” said Hada. Haaland along with Senator Michael Bennet, Congressman Joe Neguse and others toured Camp Amache Saturday, Feb. 19. The site includes informational kiosks, a museum and several commemorations and cemeteries for those who died and who were incarcerated at the site.

“I think it’s a constant struggle to combat racism,” Hada said. “We have to keep up the struggle, and seeing the repercussions of something like this to an identifiable minority, like the Japanese-Americans, has to be a sobering thought to all Americans who believe in the constitution.” 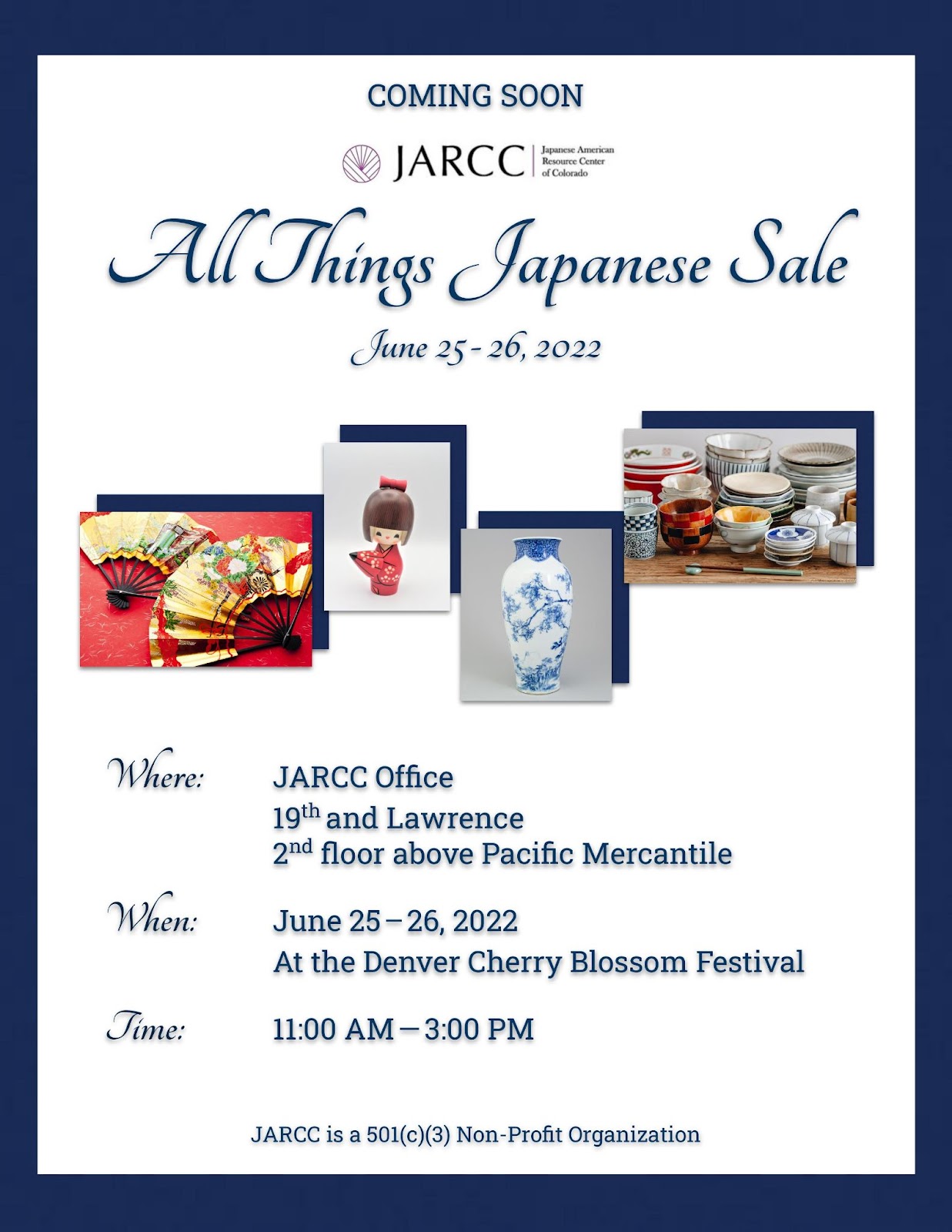 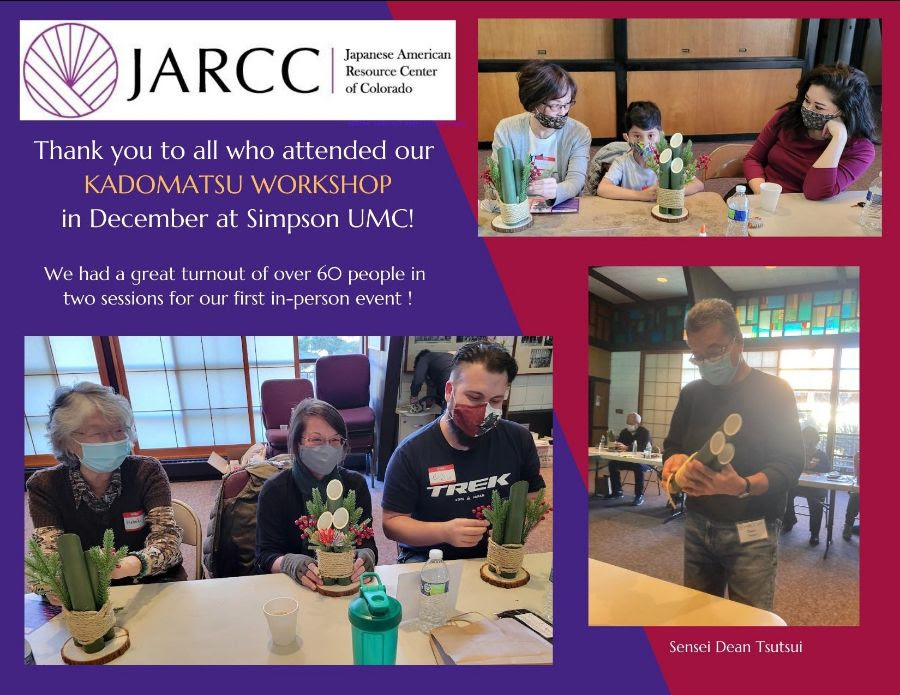 HAPPENINGS is currently experiencing technical difficulties at this time

and will resume publication soon.

THANK YOU FOR YOUR PATIENCE!

Amazon Smile program: Remember JARCC while you do your shopping online.

Go to smile.amazon.com to register JARCC as your charitable organization of choice.

The King Soopers Loyalty Program:  Link JARCC as your charitable organization on your King Sooper loyalty card.  Use your loyalty number when you shop in person or order online. Feed your families, keep your tummies full and support JARCC at the same time.

Donations: JARCC is most appreciative to our members for their amazing generosity during 2021.

Donations in memory of individuals or to celebrate individual successes are welcomed to “Keeping Heritage and Culture Alive.” Donations may be made online by clicking on the button on the top right of the homepage.