November 1941        The Army had few with expertise in the Japanese language. Realizing the possibility of war, the War Department approved the establishment of the first Japanese Language School in an airport hangar in San Francisco with $2,000 and four civilian Nisei Language teachers. The first class had 60 students; 58 Nisei and 2 Caucasians.

Throughout the war, more than 6,000 Nisei graduated the program, all while their families remained incarcerated. In 1946, after the war ended, the school was moved back to the Presidio of Monterey where it remains today as the permanent and extensive U.S Defense Language Institute training military linguists in various strategic languages. 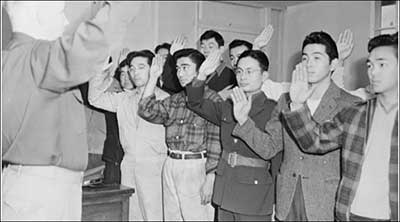 These Nisei translators were “America’s Secret Weapon.” They shortened the war by about two years, played a critical part in war crimes trials and the U.S. occupation of Japan after the war. In all, these linguists translated 20.5 million pages during the war but due to national security issues, their contributions were not known for decades. 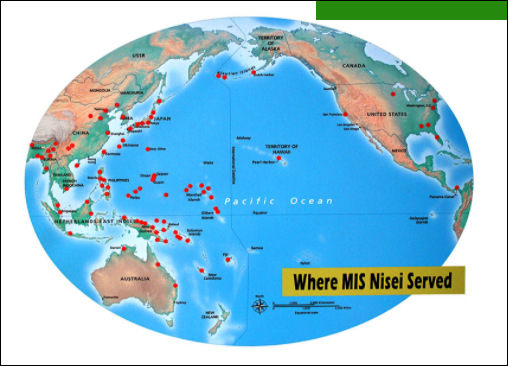 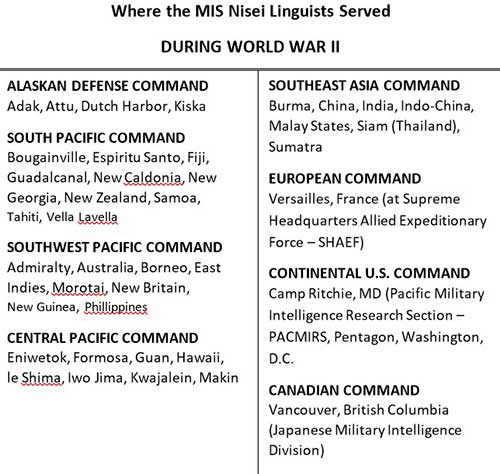 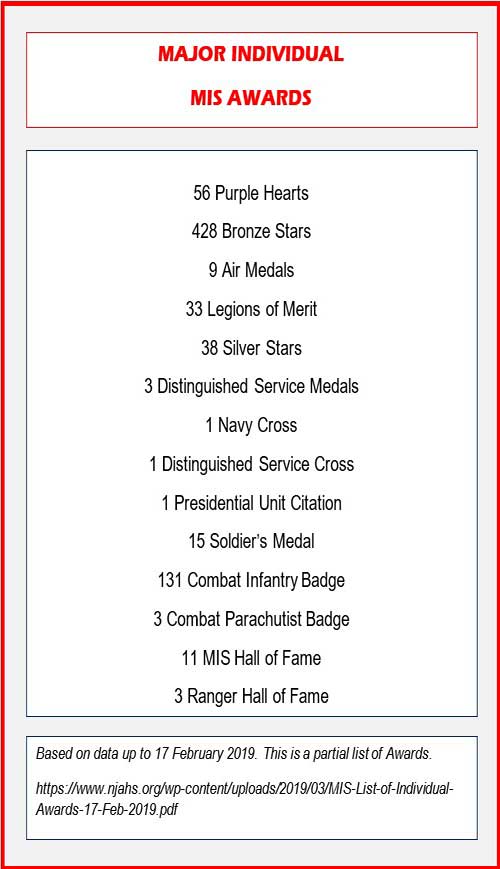 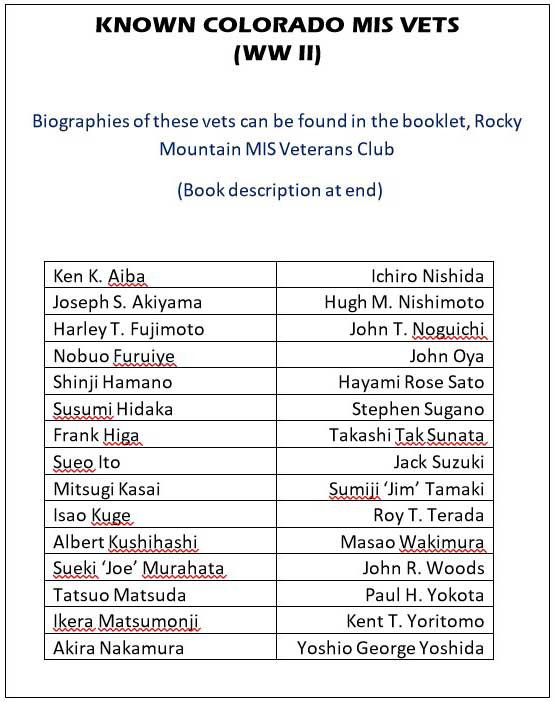 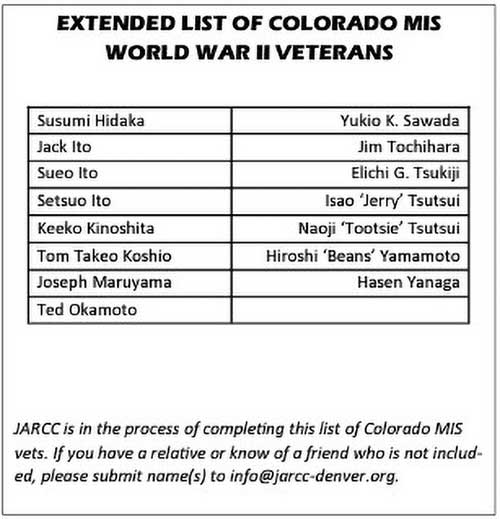 By virtue of the authority invested in me as President and as Commander in Chief of the Armed Forces of the United States, I have today awarded

On April 3, 2000, Secretary of the Army, Louis Caldera, awarded the PRESIDENTIAL UNIT CITATION to the MILITARY INTELLIGENCE SERVICE for “EXTRAORDINARY HEROISM IN MILITARY OPERATIONS AGAINST AN ARMED ENEMY, 1 May 1942 to 2 September 1945.”

A Gopher wearing an Indian headdress was designed as the MIS Language School mascot.  It was designed in 1943 by MIS student, Chris Ishii, who was a Disney Studio animator before the war. At the time, the Language School was located at Camp Savage, Minnesota, “The Gopher State.”

Chris Ishii is acknowledged as a MIS volunteer from Amache in above picture. 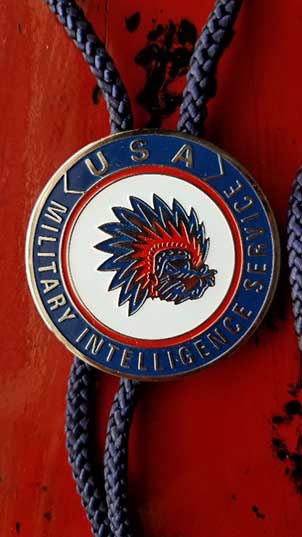 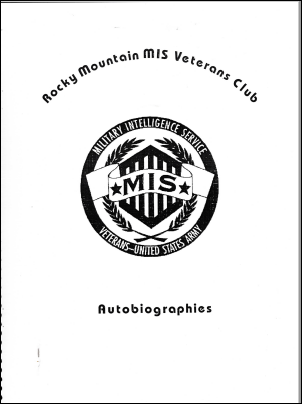 This booklet contains pertinent information about the MIS and the autobiographies of the Colorado veterans listed in the chart above.

It is the result of several years of research, but, one that recorded these stories for this unique period of historyI

This booklet is available for purchase through the JARCC office (info@jarcc-denver.org) for $25 (includes Shipping and Handling)

FOR MORE INFORMATION ABOUT THE PRESIDENTIAL CITATION:
http://www.javadc.org/background_of_the_presidential_u.htm