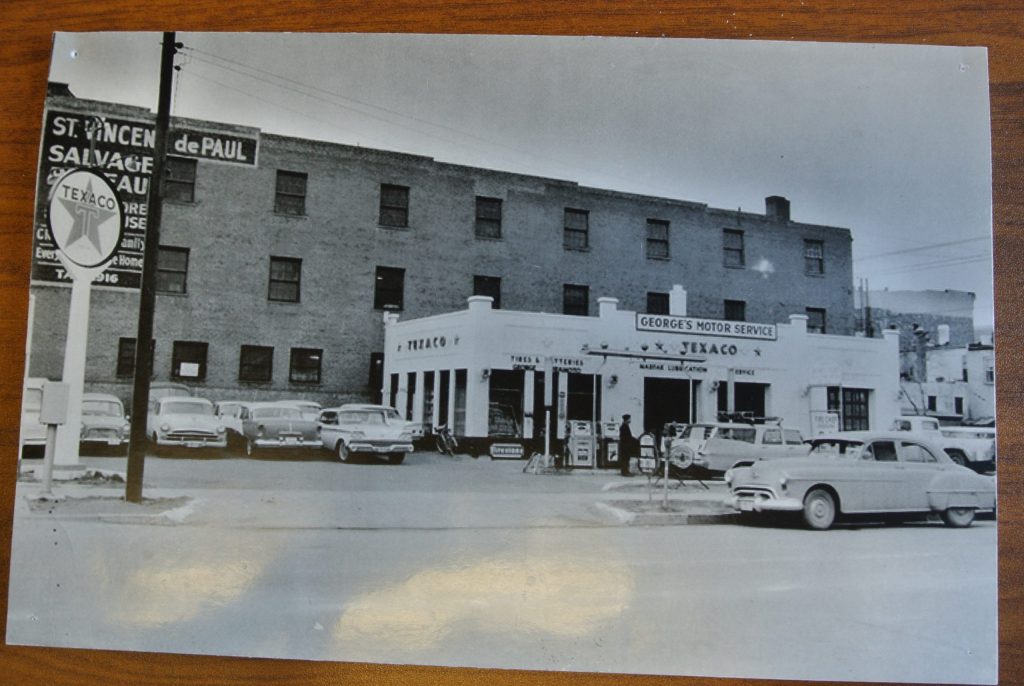 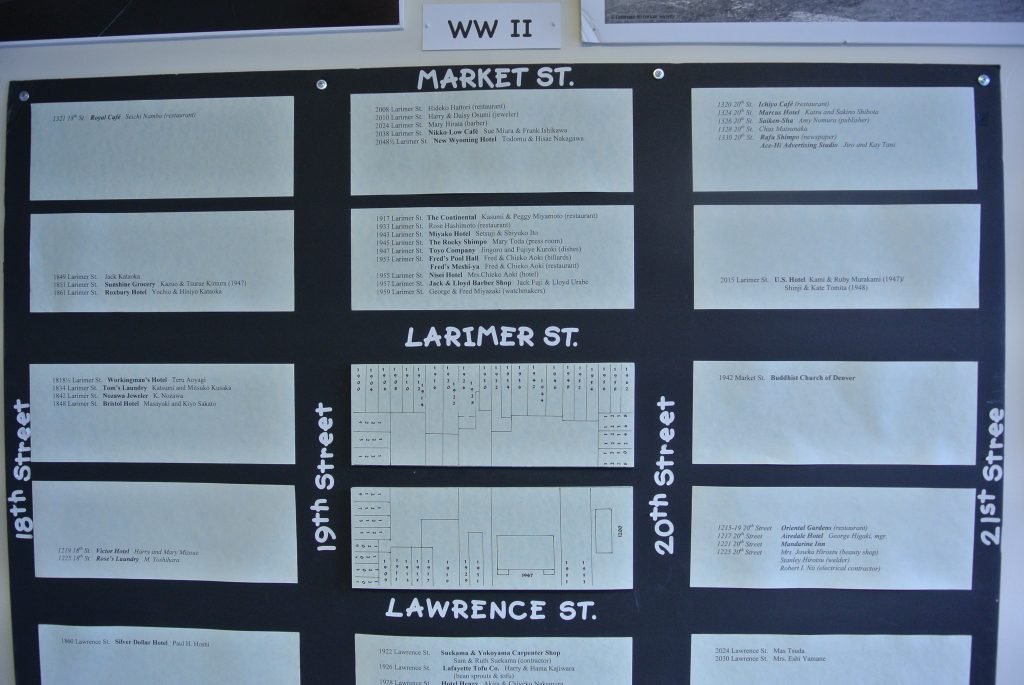 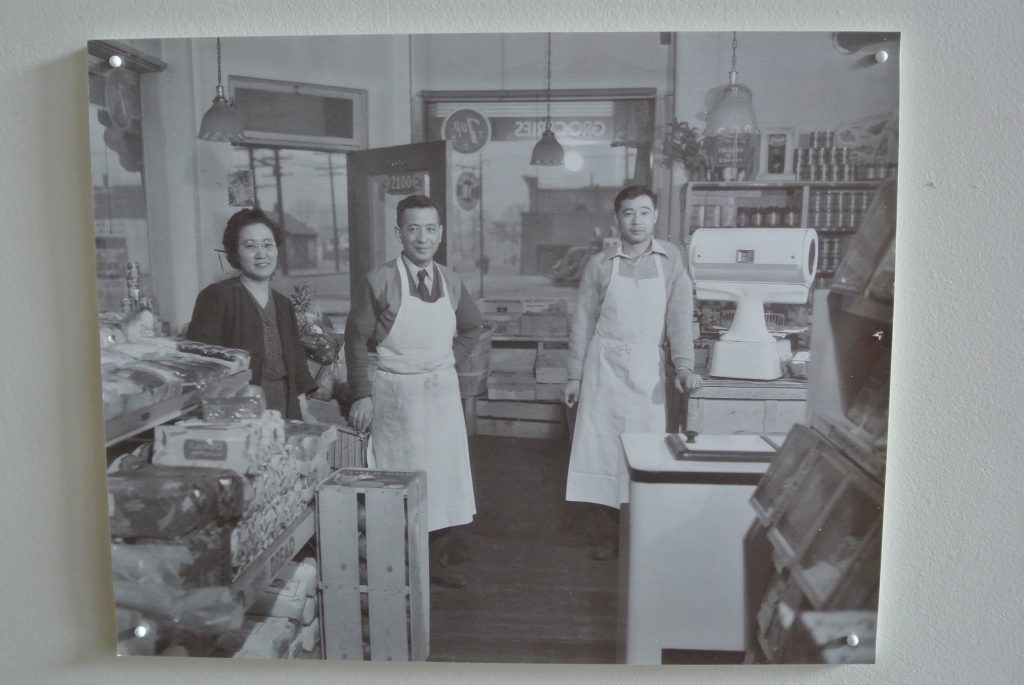 The Larimer Street Mapping Project was created and researched by JARCC Board members Carolyn Takeshita and Gail Ida from 1950-1952. It records the thriving Japanese American community from the 1940’s to the 1960’s in the lower downtown area surrounding Sakura Square.

This exhibit is currently on display in the JARCC office located in Sakura Square. To see this exhibit, contact info@jarcc-denver.org

Denver’s Japanese owned business community was established during the early 1900’s in the area of Market, Larimer and Lawrence Street from approximately 17th street to 22nd street. The business area grew during World War II when the Amache Relocation Center closed in 1945, and many former internees moved to Denver to settle or to wait until it was safe to return to the west coast. The area around the Japanese business section was not only affordable but landlords were willing to rent rooms and business space to Japanese and Japanese Americans. Some of the businesses that were established during that time in Denver were Mikawaya Sweet Shop and Umeya Sembei Company that later re-established their business in Los Angeles.

The Larimer Street Mapping Project has begun researching the locations, type of business and owners beginning with the Sakura Square block. The Project will gradually expant not only to encompass the geographic area of the Japanese businesses but will research information the the early 1900s to the 1960s. One of the goals of the Japanese American Resource Center is to preserve our history by re-creating the presence of our business community.

If you would like to visit the  Larimer Street Mapping Exhibit, Please schedule an appointment using the form below.