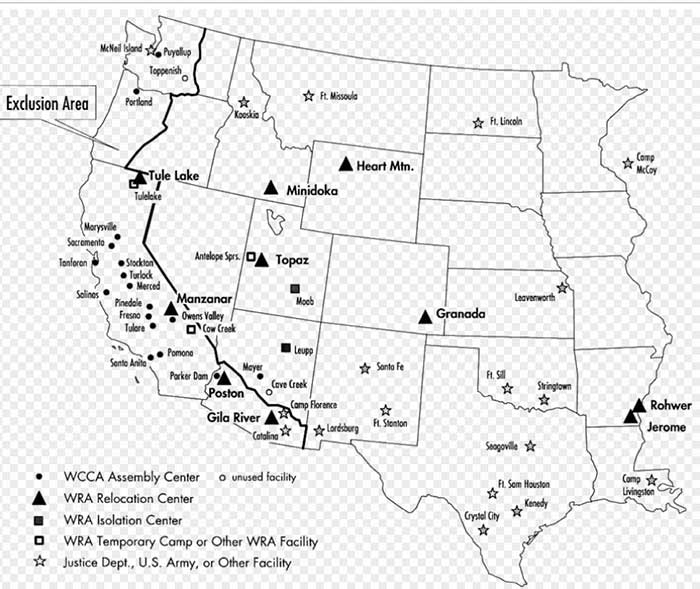 The first internment camp in operation was Manzanar, located in southern California. Between 1942 and 1945 a total of 10 camps were opened by the War Relocation Authority, holding approximately 120,000 Japanese Americans for varying periods of time in California, Arizona, Wyoming, Colorado, Utah, and Arkansas. (www.britannica.com/event/Japanese-American-internment)

Executive Order 9066, signed by President Roosevelt on February 19, 1942, led to the forced removal of all persons of Japanese ancestry from the West Coast to one of 10 incarceration sites administered by the War Relocation Authority within 7 states.  The government’s validation for the imprisonment was “insufficient assimilation,” but was viewed by many as looking like the enemy. Granada, in southeastern Colorado, became home to over 7,000 persons from 1942 – 1945, making it the 10th largest city in Colorado. It was renamed Amache by General Prowers in honor of his Native American wife. 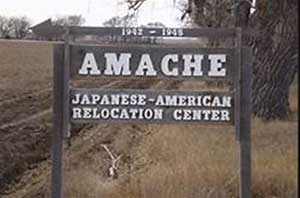 Granada/Amache also had “one of the largest and most diversified agricultural enterprises of the ten relocation centers. The farm program included the raising of vegetable crops, feed crops, beef and dairy cattle, poultry, and hogs.” 1 p. 110-11

The aforementioned conditions allowed Amache, located only halfway across the country, to be a “showcase” camp for politicians desiring to check on the status of the camps.

In 1983, a 10’ tall monument inscribed with “Amache Remembered” was placed at the cemetery by The Denver Central Optimists Club.  Granada High School teacher, John Hopper, began researching Amache with his experience-based classes.  The project has grown from a scale model of the camp to the Amache Preservation Society which also houses a museum.

The state of Colorado provided funds to improve access and refurbish some of the site in 1994 and the Denver Optimist Club received a grant from the Civil Liberties Public Education Fund to develop the site for visitors. In 2006, it was recognized as a National Historic Landmark. 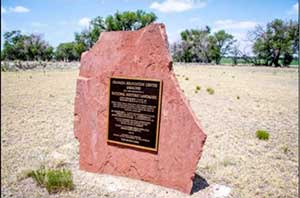 In 2020, the National Parks Service began the study of its potential inclusion within the national park system.

The Untold Story of Ralph Carr and the Japanese, Fate of 3 Japanese-Americans and the Internment; Fujisankei Communications International, Inc; 2011; Sponsored by Nitto Tire, U.S.A.
If you would like a free copy, contact info@jarcc-den.org

Article about experiences of Japanese Americans during WW II
https://www.msn.com/en-us/news/technology/pbs-gives-you-a-virtual-experience-of-being-japanese-american-during-wwii/ar-BB18AMso?ocid=msedgntp