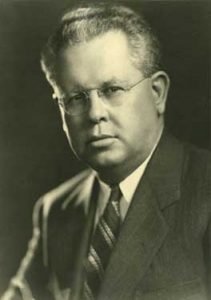 The Japanese American community, including JARCC, is especially grateful to this Governor who supported their rights during WW II. He welcomed persons of Japanese heritage when they were forced to move inland or be incarcerated. His decisions made Colorado the only open state and probably cost him his future political career.

The plaque in the State Capitol memorializing Gov Ralph Carr sums up his legacy:
“Dedicated to Governor Ralph Carr as a wise, humane man, not influenced by hysteria and bigotry directed against the Japanese Americans during World War II. By his humanitarian efforts, no Colorado resident of Japanese ancestry was deprived of his basic freedoms, and when no others would accept the evacuated West Coast Japanese, except for confinement in internment camps, Governor Carr opened the doors and welcomed them to Colorado. The spirit of his deeds will live in the hearts of true Americans.”

Sakura Square, located at 19th & Lawrence, is considered the hub of the Japanese American community. A statue in honor of Gov. Carr can be seen in the Square’s central garden to commemorate his life of dignity and truth. Other memorials include the naming of The Ralph Carr Judicial Center and the Ralph Carr Memorial Highway. In 1999, the Denver Post named him Colorado’s “Citizen of the Century.” 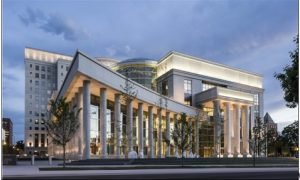 DVD:
THE UNTOLD STORY OF RALPH CARR AND THE JAPANESE, Fate of 3 Japanese Americans and the Internment, 2011 Fujisankei Communications International, Inc., Sponsored by Nitto Tire, U.S.A. (This DVD is available for free + shipping. Make request at info@jarcc-denver.org,)