The Japanese American Resource Center (JARCC) Archival Collection will be available online, as well as in-person at the JARCC office, and is a work in-progress lead by Librarian, Marie von Haas.

We aim to provide the community with the best resources possible to learn about the history of Japanese-Americans and Japanese immigrants in Colorado and beyond.

Dear friends—Just a friendly reminder that you can support JARCC (at no extra cost!) while shopping on Amazon.com! Amazon.com will then donate 0.05% of all qualifying purchases back to JARCC. If you’d like to designate JARCC, please go to smile.amazon.com and select “Japanese American Resource Center of Colorado.”
Thank you! 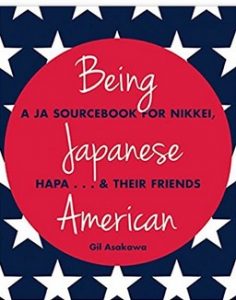 This entertaining compendium is a celebration of Japanese American history and heritage. While detailing favorite foods, customs, words, games, and holidays, it explores the painful history of immigration and WWII internment, with suggestions for connecting to your Japanese American community and passing on traditions across generations and into intermarried families. This revised edition has fresh interviews with Japanese Americans about their life experiences and explores contemporary Japanese pop culture like anime and J-pop, with information on traveling to visit your Japanese roots and lists of resources on the Web and social media.

From immigration to discrimination and internment, and then to reparations and a high rate of intermarriage, Americans of Japanese descent share a long and sometimes painful history, and now fear their unique culture is being lost. Gil Asakawa’s celebration of what makes JAs so special is an entertaining blend of facts and features, of recipes, songs, and memories that every JA will want to share with friends and family. Included are interviews with famous JAs and a look at how it’s hip to be Japanese, from manga to martial arts, plus a section on Japantown communities and tips for JA’s scrapbooking their families and traveling to Japan to rediscover their roots.

Gil Asakawa is a third-generation Japanese American, author of the weekly “Nikkei View” online column. He lives in Denver.

Daniels’ research is impressive and his evidence is solid. In forthright prose, he suggests fresh assessments of the broad patterns of the Asian American experience, illuminating the recurring tensions within our modern multiracial society. His detailed supporting material is woven into a rich historical fabric which also gives personal voice to the tenacious individualism of the immigrant.

The book is organized topically and chronologically, beginning with the emigration of each ethnic group and concluding with an epilogue that looks to the future from the perspective of the last two decades of Chinese and Japanese American history. Included in this survey are discussions of the reasons for emigration; the conditions of emigration; the fate of first generation immigrants; the reception of immigrants by the United States government and its people; the growth of immigrant communities; the effects of discriminatory legislation; the impact of World War II and the succeeding Cold War era on Chinese and Japanese Americans; and the history of Asian Americans during the last twenty years.

This timely and thought-provoking volume will be of value not only to specialists in Asian American history and culture but to students and general historians of American life.

Well established on college reading lists, Prisoners Without Trial presents a concise introduction to a shameful chapter in American history: the incarceration of nearly 120,000 Japanese Americans during World War II. With a new preface, a new epilogue, and expanded recommended readings, Roger Daniels’s updated edition examines a tragic event in our nation’s past and thoughtfully asks if it could happen again.

“[A] concise, deft introduction to a shameful chapter in American history: the incarceration of nearly 120,000 Japanese-Americans during World War II.” — Publishers Weekly

“More proof that good things can come in small packages… [Daniels] tackle[s] historical issues whose consequences reverberate today. Not only [does he] offer cogent overviews of [the] issues, but [he] is willing to climb out on a critical limb… for instance, writing about the incarceration of Japanese-Americans during WW II… ‘this book has tried to explain how and why the outrage happened. That is the role of the historian and his book, which is to analyze the past. But this historian feels that analyzing the past is not always enough’ — and so he takes on the question of ‘could it happen again?’ and concludes that there’s ‘an American propensity to react against “foreigners” in the United States during times of external crisis, especially when those “foreigners” have dark skins,’ and that Japanese-Americans, at least, ‘would argue that what has happened before can surely happen again.’” — Kirkus Reviews

“An outstanding resource that provides a clear and concise history of the mass incarceration of Japanese Americans during World War II.” — Alice Yang Murray, University of California, Santa Cruz

“Especially in light of the events following September 11, 2001, Roger Daniels has done us a great favor. In a slender book, he tells, with the assurance of a master narrator, an immense story we — all of us — ignore at the peril of our freedoms.” — Gary Y. Okihiro, Columbia University

“No book could be more timely. How, as a different immigrant minority is under racial pressure associated with a feared enemy, the updated Prisoners Without Trial helps us see clearly what lessons we may draw from the past.” — Paul Spickard, author of Japanese Americans

“In the epilogue to the first edition of Prisoners without Trial, Roger Daniels thoughtfully asked, ‘Could it happen again?’ Today, in post-9/11 America, that question has an answer: It can and it has. Daniels addresses these issues in a revised edition of this classic, and he finds the U.S. government perilously close to repeating with the Arab American population mistakes it made with the Japanese Americans.” — Johanna Miller Lewis, University of Arkansas at Little Rock

This revised and expanded edition of Japanese Americans: From Relocation to Redress presents the most complete and current published account of the Japanese American experience from the evacuation order of World War II to the public policy debate over redress and reparations. A chronology and comprehensive overview of the Japanese American experience by Roger Daniels are underscored by first person accounts of relocations by Bill Hosokawa, Toyo Suyemoto Kawakami, Barry Saiki, Take Uchida, and others, and previously undescribed events of the interment camps for “enemy aliens” by John Culley and Tetsuden Kashima. The essays bring us up to the U.S. government’s first redress payments, made forty eight years after the incarceration of Japanese Americans began.

The combined vision of editors Roger Daniels, Sandra C. Taylor, and Harry H. L. Kitano in pulling together disparate aspects of the Japanese American experience results in a landmark volume in the wrenching experiment of American democracy.

Hailed at the time of its publication in 1969, Bill Hosokawa’s Nisei remains an inspiring account of the original Japanese immigrants and their role in the development of the West. Hosokawa recounts the ordeals faced by the immigrant generation and their American-born offspring, the Nisei; the ill-advised government decisions that led to their uprooting during World War II; how they withstood harsh camp life; and their courageous efforts to prove their loyalty to the United States.

Hailed at the time of its publication in 1969, Bill Hosokawa’s Nisei remains an inspiring account of the original Japanese immigrants and their role in the development of the West. Hosokawa recounts the ordeals faced by the immigrant generation and their American-born offspring, the Nisei; the ill-advised government decisions that led to their uprooting during World War II; how they withstood harsh camp life; and their courageous efforts to prove their loyalty to the United States. 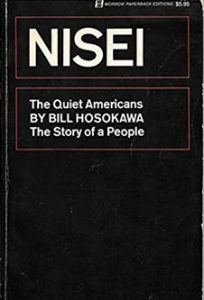