*The 442nd Regimental Combat Team (RCT) was organized on March 23, 1943, after more than a year during which Americans of Japanese descent were declared enemy aliens, 4-C, by the U.S. War Department. It had taken all that time plus several key events to convince the Roosevelt Administration that these men should be allowed to enter combat for their country. Eventually, the 442nd, bolstered by the combat-hardened 100th Infantry Battalion, comprised of Japanese American draftees from Hawai’i, became the most decorated unit in U.S. military history for its size and length of service. *https://encyclopedia.densho.org/442nd_Regimental_Combat_Team/ 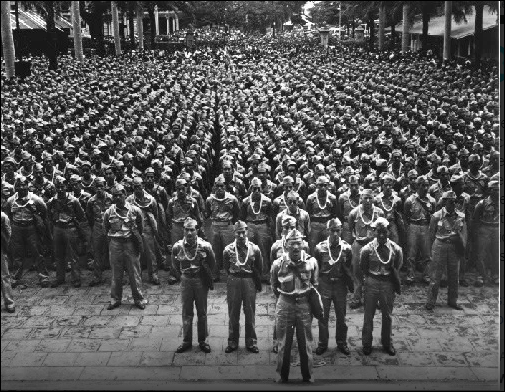 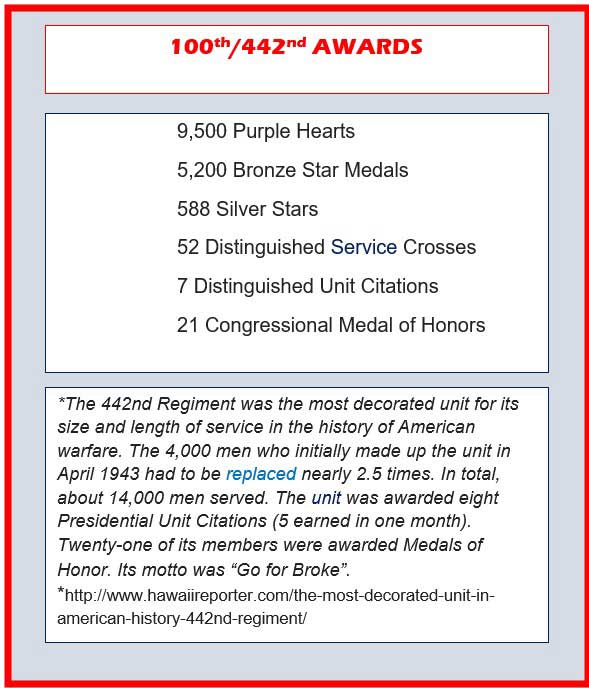 George Sakato, a Colorado resident, joined the Army in 1944. He courageously charged up a German-held hill during WW II which inspired his platoon to follow and complete their mission of capturing more than 30 enemy soldiers. Initially, he was awarded the Distinguished Service Cross but was upgraded to Medal of Honor in 2000. He and 21 other vets of Asian descent received their Medals from President Bill Clinton.
PODCAST: https://evergreenpodcasts.com/medal-of-honor/george-sakato

COLORADO VETERANS OF THE 100th/442nd REGIMENT
IS UNDER CONSTRUCTION:

JARCC wishes to honor and recognize Colorado Veterans of the 100th/442nd Regiment by listing their names on this page.  Members and the community are encouraged to submit the names of veterans using the form below:

MOVIES/DOCUMENTARIES
Only the Brave is a 2006 independent film about the 100th Infantry Battalion/442nd Regimental Combat Team, a segregated World War II fighting unit primarily made up of “Nisei” Japanese Americans, which for its size and length of service became the most decorated unit in U.S. military history. The film, produced and directed by Lane Nishikawa is a fictionalized account of the rescue of the Lost Battalion. *https://en.wikipedia.org/wiki/Only_the_Brave_(2006_film)

Go for Broke: Fighting not only the Germans, but rampant racism at home in the US and in the military, the brave Japanese Americans in the 100/442 went on to be the most decorated unit for their size and time in battle in U.S. History. On this, the 75th anniversary of the Japanese incarceration during WWII, this timely movie explores the complex emotional framework that allowed these young men to serve their country while their families were incarcerated or lived under martial law in a bid to prove their loyalty and “Americanness” to those who doubted it. *Go for Broke https://www.goforbrokemovie.com/ *Go for Broke, how this movie came about

Four-Four-Two; F Company at War Documentary film by Peter Wakamatsu: This is the story of “F” Company of the 442nd Regimental Combat Team, the all Japanese American regiment of WW II. This film follows the exploits of F Company through the letters of First Sergeant Jack Wakamatsu and interviews of five F Company veterans who recall in vivid detail their wartime experiences from witnessing the Japanese attack on Pearl Harbor to the Banzai charge up a hill in France where F Company completely annihilated a German infantry company. http://www.the442.org/442fcompanyatwar.html 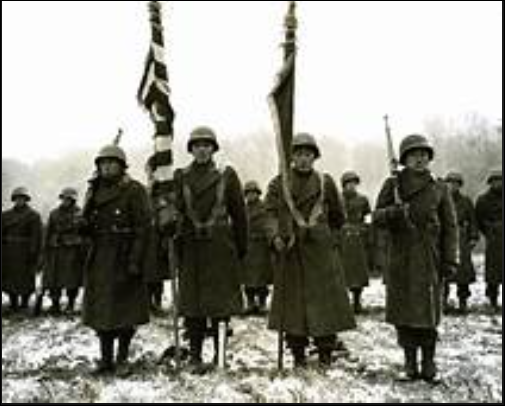